Today I came across a lovely article, written and shared by a brother. And on this day of Arafah, I think all of us should read this and reflect!

May Allah  accept our dua’s on this blessed day and may He clense us of our sins and keep us stead fast in his religion!

‘Then He will not neglect us’.

Can you recall which blessed Muslim woman in history said this uniquely inspiring statement?

If your answer was Hajar, then you guessed it right!

Yes, Hajar said this – Hajar, the great mother of Prophet Ismail and the obedient wife of Prophet Ibrahim! (Peace be upon all of them)

Do you know the background in which this bold lady uttered this revolutionary statement – a statement which I feel has assumed the shape of a dew drop that is permanently embedded in the cheek of time!

I and You, each – with a breast-feeding child in hand, must go individually to a desert to realise something of that situation and feel the taste of Iman this exceptionally bold and blessed lady had in her!

This statement is a slap on the face of all those men who degrade Muslim women just because they are the women of Islam!

This statement is also a slap on the face those Mullahs who lecture about the ‘virtues’ of being a man brushing aside the power in women!

This statement, mind you, is powerfully loaded with an extra-ordinary determination of a noble Muslim woman who had put her total reliance on none but Allah!

This was said by a lady with a breast-feeding child in her hand while her husband was leaving her all alone in the desert sands of Arabia!

Her husband was leaving her at a place where no water was available!

He was leaving her at a place where no human population was found around!

He was leaving her all alone in the desert at that point in history when there was no light, no electricity – nothing to enjoy!

Before we proceed further, let me quote the starting part of this hadith:

“…(Prophet) Ibrâhîm brought her (Hajar) and her son Ismail while she used to nurse him at her breast, near the Ka‘bah under a tree on the spot of Zamzam, at the highest place in the mosque. During those days there was nobody in Makkah, nor was there any water. So he made them sit over there and placed near them a leather bag containing some dates, and a small water-skin containing some water, and set out homeward. Ismail’s mother followed him saying:

“O Ibrâhîm! Where are you going, leaving us in this valley where there is no person whose company we may enjoy, nor is there anything (to enjoy)?” She repeated that to him many times, but he did not look back at her.

Then she asked him, “Has Allâh ordered you to do so?”

Subhanallah! I glorify Allah! If Allah has ordered you to leave us all alone in this desert, then He will not neglect us!

What an inspiration Hajar is! Peace be upon her.

History is witness to the fact that not only ‘Allah did not neglect her and her family’ when she was alive but He has also blessed Hajar with infinite blessings – blessings that continue till this day – despite the passage of thousands of years, and will continue as long as this world is in existence!

When Allah blessed Hajar with cool and refreshing waters of Zam Zam in the midst of heat and dust of a desert, Allah did not neglect her.

When Allah caused the tribe of Jurhum to go and settle in Makkah, giving Hajar the blessing of living with people, Allah did not neglect her.

When her son, Ismail, was provided the opportunity of learning the language and culture from the people of Jurhum, Allah did not neglect her.

When Ismail, her son, grew up to marry one of the girls of Jurhum tribe, Allah did not neglect her.

When Allah gave Ibrahim and Ismail – her husband and her son – the honour of raising the foundations of Ka’bah, the glorious House of Allah, indeed Allah did not neglect her.

When Allah answered the du’aa of her husband by blessing the land of Makkah with such blessings that no piece of land on earth has, Allah did not neglect her.

When Allah announced the good news of her husband passing the hardest test of willing to sacrifice their very son by making it the cause of celebration of Eidul Adha for posterity, He did not neglect her.

When Allah elevated the status of her son by making him one of His Prophets, He did not neglect her.

When Prophet Muhammad (peace be upon him), the last and final Messenger, was destined to be born in the progeny of her son, Ismail, indeed Allah did not neglect her.

When Allah revealed this verse in the Qur’an:

“and publicly proclaim Pilgrimage for all mankind so that they come to you on foot and mounted on lean camels from every distant point”, making it mandatory for all affording Muslims to visit Makkah at least once in their life time – that Makkah whose first citizen was Hajar, Allah did not neglect her.

When Allah dedicated her act of running between Safwa and Marwa as one of the main acts of Hajj, making men and women run in her memory – and run till the end of time – indeed Allah did not neglect her.

When Allah granted her husband, Ibrahim (peace be upon him),  the distinction and honour of being the grand father of many Prophets, He did not neglect her.

When Allah earmarked her husband’s place – the Maqam Ibrahim – as a place of prayer, He did not neglect her.

When Allah made the mention of her husband’s name mandatory in the Tashahhud of every Salah, He did not neglect her.

When Allah liked the act of her husband’s resistance to the temptations of Satan so much that He made it an obligatory act of Hajj – the act of throwing pebbles at Jamrat – Allah did not neglect her.

There is so much about Hajar, and you thought Muslim women are fit for nothing!

Hajar is an inspiration for all of us.

Hajar’s faith and trust in Allah were as solid as the mountains of Makkah!

If we have strong faith and unshakeable reliance on Allah, like Hajar, then He will not neglect us.

Allah assures us in the Qur’an:

Do not, then, either lose heart or grieve: for you shall surely gain the upper hand if you are true believers. (3: 139)

May Allah guide us to the Straight Path. Aameen.

P.S. Also do check out the brother’s blog, Click here. It consists of huge resources which will help in understanding the Quran better and guide us to various other beneficial links, Insha’allah!

4 thoughts on ““Then He will not neglect us”” 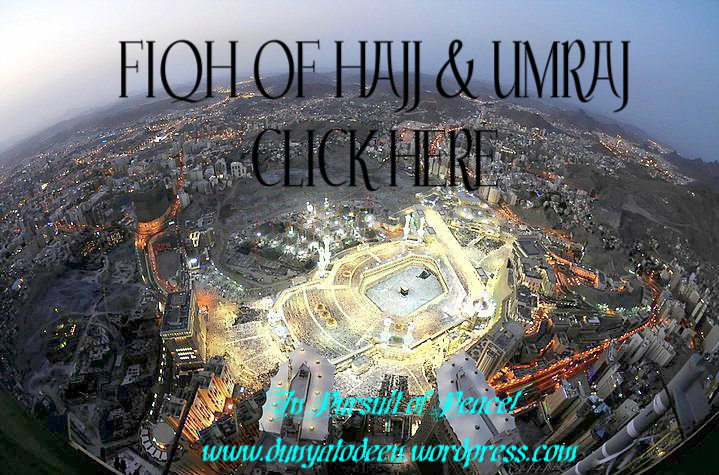 As you pass by my blog, if you find something helpful, please do take few seconds to make dua (supplicate) for me and my family for a better life in this world and hereafter! :) May Allah bless you with the same! Jazakallahu Khair! :) 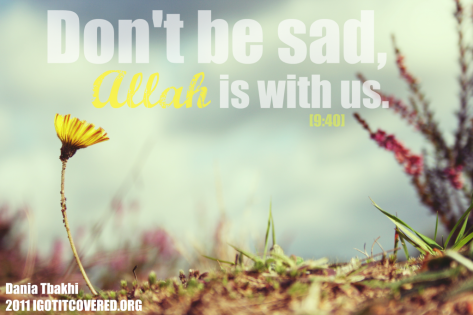 Articles, videos and some tips on getting over the sadness! Click on the image, to read the posts in the series!!

Advertisements that appear on this blog are posted automatically by Wordpress. I hold no control over the type of advertisement or content that is advertised.

Error: Twitter did not respond. Please wait a few minutes and refresh this page.